Dr James Halcrow, 34, had been told not to drink by General Medical Council (GMC) following his self referral for  “other issues he was having”.

He was found dead by friends in his flat in Manchester’s Northern Quarter on June 24. An inquest heard he had hanged himself due to fears he would fail an alcohol test.

Since his death it has come to light he had won the national award ‘Trainee GP of the Year’. The note which was found with his body read: “I’m sorry.”

At the inquest into his death Ian Halcrow, his father and former soldier, said: “He had an amazing number of friends. He thrived on friendship and had a very close family as well.” According to the Manchester Evening Standard.

He added: “He chose to refer himself to the GMC off his own back. He was a very honest person and felt it was the correct thing to do as a responsible individual and medical practitioner.”

Dr Halcrow had attended two interviews with the GMC both leaving him hopeful of getting the restrictions lifted. However he felt the final interview had gone badly after he said he would drink socially once the GMC had finished their investigation.

Coroner Dr Jean Harkin said of his death: “It is clear James was an excellent doctor, so much so he was given an award. He was very sociable and this restriction affected him deeply and affected the social side of his life also”

In 2014 a doctor under investigation by the GMC was 20 times more likely to commit suicide than a member general public according to figures from the Department of Health.

South London GP and blogger Dr Una Coales, who has herself faced investigation from the RCGP said:

“The GMC must reform and ensure they arrange counselling and support for any doctor they are investigating or putting under restrictions that may affect employment and pay.”

If you feel affected by any of the issues raised here and need someone to talk with the Samaritans are always happy to listen. They provide a 24 hour, free and confidential service:

This morning the ballot opened for doctors to vote on whether or not to strike. This is the result of a complete breakdown in contract negotiations which began in 2014.

For an overview of the contract follow the link below:

“There are thousands of us here today, and no matter what hunt says BMA represents all of us” Dr Janj Singh 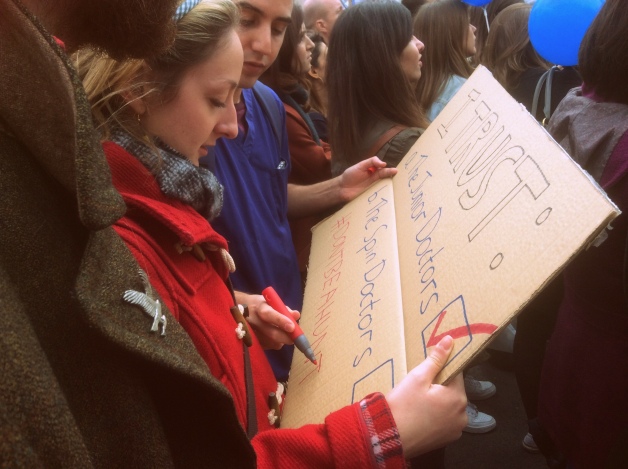 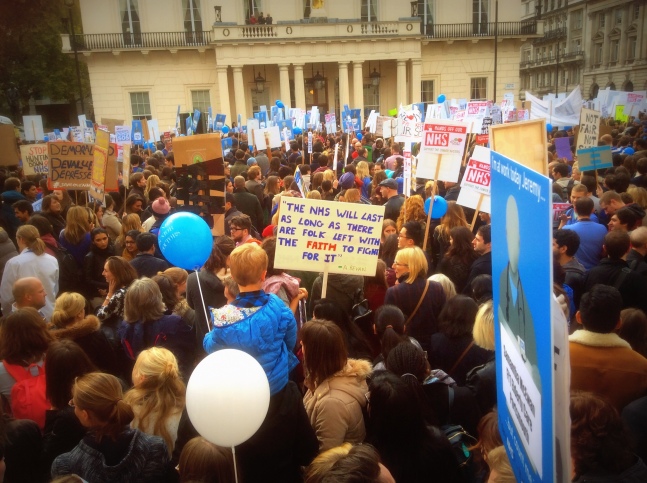